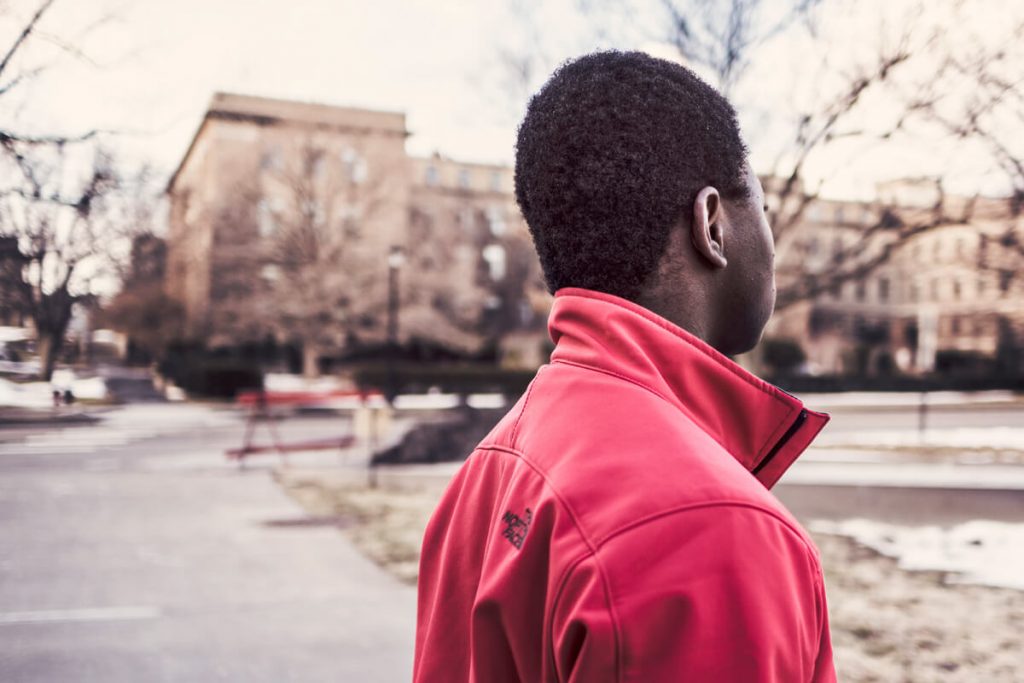 Fourteen-year old Malia is a male of Caucasian and Somalian descent who has lived with his foster family for the past 4 years. Prior to moving in with his foster family, Malia lived with his biological Muslim family until he was 10 years old. His foster mother Angela came to me asking for help on how to help him to feel “like he really belonged in their family”. She said despite having lived with them for so many years and seeming settled in the home, he still didn’t quite seem to accept that he was a part of their family. He would get very angry when he was at home and the foster mother reported that Malia was very negative about himself and often put himself down. He would refer to himself as “too stupid, or dumb” to do well at things and as a result, did not even bother to try new activities that were offered at home or at school. Even with positive encouragement from his teacher on his good grades, Malia would respond and say, “It was just luck”. Angela also shared that when she tried to encourage him when he did well on things, instead of accepting the praise, he would get really angry. In addition, she was worried about his recent interest in spending time on the weekend with two black youth who had frequent involvement with the juvenile system for drug related offences.

Identity development is an important process during which children discover who they are in the world, and who others see them to be. In this process, children become curious about ideas such as: who am I, where do I belong, and who makes me feel safe.

WHO AM I? This critical and fundamental question is something every person wrestles with in the course of their life. This question, then becomes tied to whether they feel good about themselves and identify themselves as lovable and valued, or whether they feel ashamed and instead identify as being unlovable and/or unworthy. Children need to know: I am unique. I am loved. I am special. I am valuable. I am important. When these messages are embedded in the heart of a child, this can alter their future and development of self either for good or for harm.

WHERE DO I BELONG? This question is critical and needs to be affirmed over and over in the course of a person’s life. Where do I fit in? Where do I feel loved? Where do I feel accepted? Where is home? What culture and/or tribe do I affiliate myself with?

WHO MAKES ME FEEL SAFE? Children also question who they are important to; who sees them in a positive way and who affirms that they are good or capable. These questions inevitably turn into a growing belief about who they are and what they can accomplish and achieve as they grow up.

The answers to these questions are formed over time as children receive encouragement, acknowledgement, and validation that they are accepted just the way they are. The experiences of caregiving that expose children to adult connections and relationships that nurture their physical, emotional, psychological and spiritual needs, help children to thrive. This promotes confidence and elicits a belief in their own abilities, positive characteristics and value in their circle of influence.

When children (and adults) have experienced complex, ongoing, widespread toxic stress, this identity development process is disrupted in many different ways. As a professional or family support to an individual who has experienced trauma, how does my own understanding of factors that impact who we become, either help or continue to disrupt the process of developing a positive identity? It is helpful to reflect on some of our own thoughts about how identity is formed and to then think about how stressful experiences can interfere with different aspects of identity formation. One way to do this is to identify some of the different factors that influence how others see and identify us, as well as how we see and identify ourselves. A good question to ask ourselves is, whether the child or youth we are working with, has experienced trauma or toxic stress. Sometimes a child or youth’s heritage or physical characteristics have made them more vulnerable to traumatic experiences or exposure. For example; were they more vulnerable to the traumatic experiences because of their gender? Their indigenous heritage? Their ethnicity? Their disability or their sexual orientation?

One model that is used to explore these different factors is the ‘ADDRESSING’ model (Hayes, 2009). This can be used as a helpful ‘checklist’ of things for professionals to consider about how a child’s sense of who they are or are seen to be, can develop into either a positive or a negative contributing factor in their growing development and formation of self.

*Remember, our young man Malia. If we consider the ‘R’ of the addressing model which is Religion, his biological family were practising Muslims which is considered a non-dominant religion in Canada. Malia had experienced bullying when he was younger and been targeted for belonging to this group. Therefore, a clinician and the youth’s current family needs to be aware of how this part of his identity may have been a source of trauma and explore what implications this would have for whether Malia sees this as a positive or negative part of his identity.
For example, a child who has experienced trauma because they belong to an indigenous group that is more vulnerable to such stress, may not want to positively identify with that aspect of who they are. They may be more likely to try to ignore or deny this aspect of their identity as it is associated to painful experiences.

The aspect of trauma and its interconnectivity with identity and development in a child/youth is always worth exploring as a coach, clinician and as a caregiver. We can not deny its impact nor its need to be addressed. We must think about how the child sees themselves and how they think others see them. As we understand this, it gives us a sense of how to support the child or youth’s growth in the developmental domain of Identity and growth towards a positive sense of well being. Some thoughts to consider? Are interventions supporting the repair of possible negative associations that have been made because of the vulnerability they caused? If so, how can we help the child or youth to begin to change the negative association to a positive one?

In using the ‘ADDRESSING’ model, we take into account the following factors: